Gro’s Yield Forecast Models use a suite of machine-learning models to estimate in-season yields at the district, province, and/or national levels on a daily basis. Gro’s Brazil Corn Yield Forecast Model is updated daily, providing in-season yields for corn at the district, province, and national levels throughout the growing season. 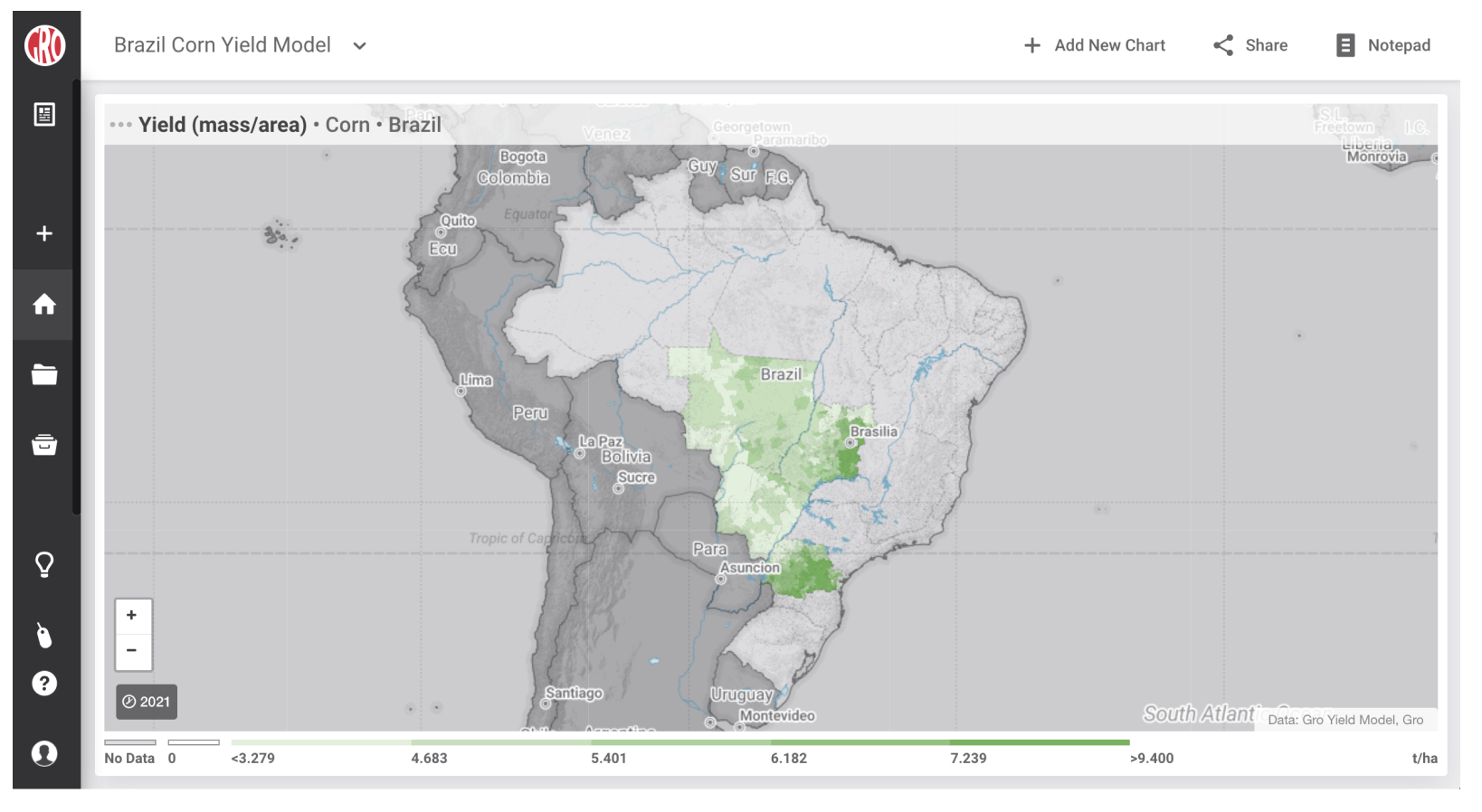 Brazil’s second crop corn area, or safrinha, has grown significantly on the back of soybean expansion. Currently, Brazil is the world’s third-largest corn producer and the second-largest exporter of corn in the world. Crucially, the country’s main export window overlaps with the US harvest, pushing the main US export window into Q1. Corn production is concentrated in four of Brazil’s 26 states: Mato Grosso, Minas Gerais, Goias, and Parana. When combined with our other Corn Yield Forecast Models, for China, the United States, and Argentina, Gro is able to forecast more than 70% of global corn production in a given year, providing users with a highly accurate, real-time window into global corn supply.

Modeling corn yield in Brazil presents particular challenges, primarily because there are two corn-growing seasons per year. Further, the breakdown of the two annual crops has changed: the second-season crop has become more dominant, as soybeans have taken priority over the first corn crop during the summer season. In addition, significant differences in weather, soil conditions, and technology adoption around the country results in high spatial variation of crop yields. Gro’s Brazil Corn Yield Forecast Model uses the following variables: