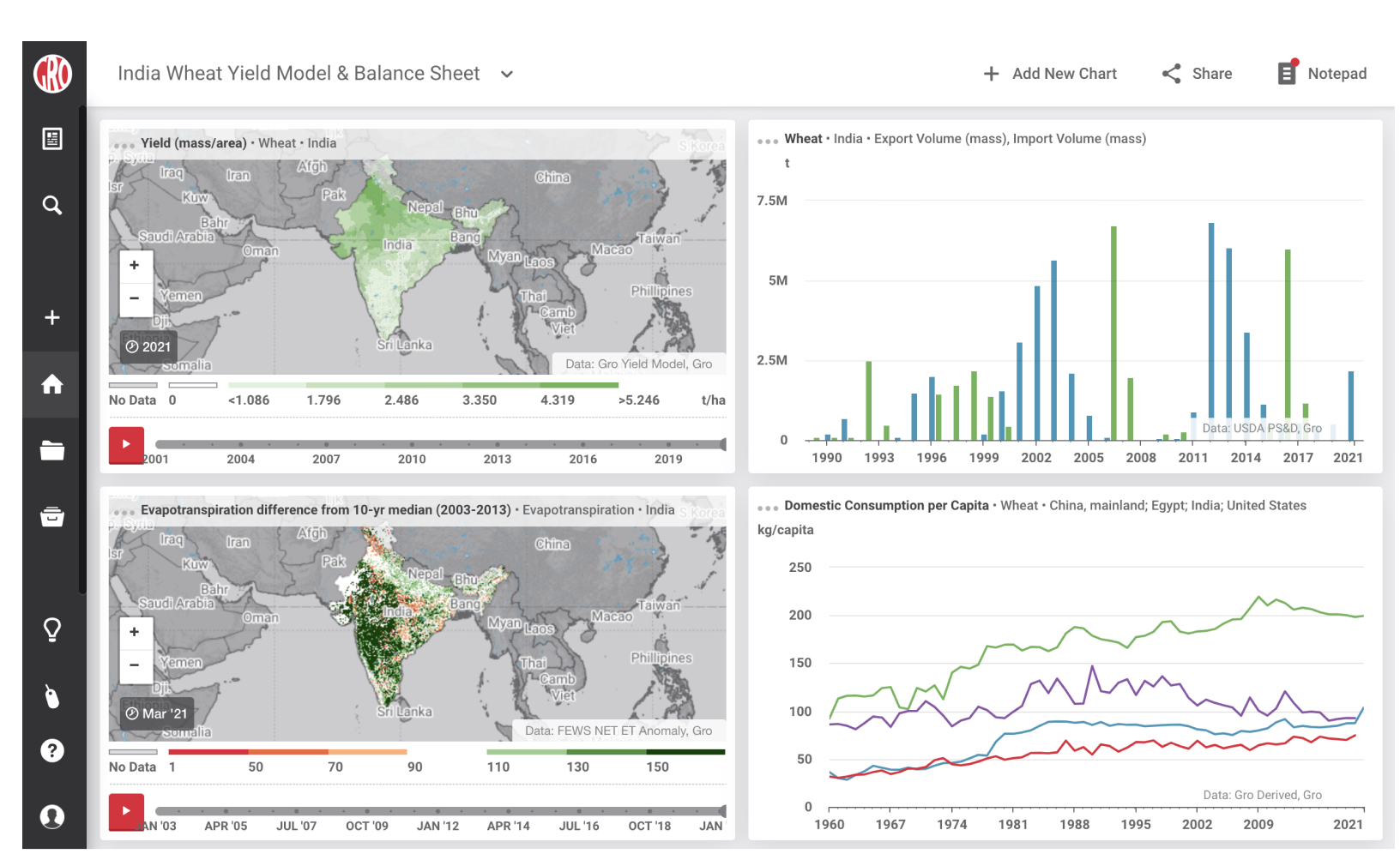 India is the world’s second-largest producer of wheat, but struggles to meet high domestic demand for the cereal. With a growing population of 1.3 billion, it is projected that by 2024, India will overtake China as the world’s most populous country. This, together with a rising preference for wheat as consumers move into the middle class, will deepen the challenge of food security. As such, being able to accurately predict India’s wheat crop yield is critical to better understanding the dynamics of Indian and global wheat trade.

A major challenge in building the India wheat model was a lack of good, objective acreage data of where the wheat grows. This information is needed to construct a crop distribution map, or land cover, in order to use our satellite data to estimate the crop’s health and size. We faced a similar problem in creating our earlier Argentina Soybean Forecast Yield Model and solved it by estimating the crop’s distribution using the timing of its planting and growth. We determined planting and growth dates by the crop calendars of wheat (winter) in India. Instead of a single crop calendar for the entire country, crop calendars specific to individual states were used. Given that knowledge, dated satellite greenness data indicated which crop was planted where. 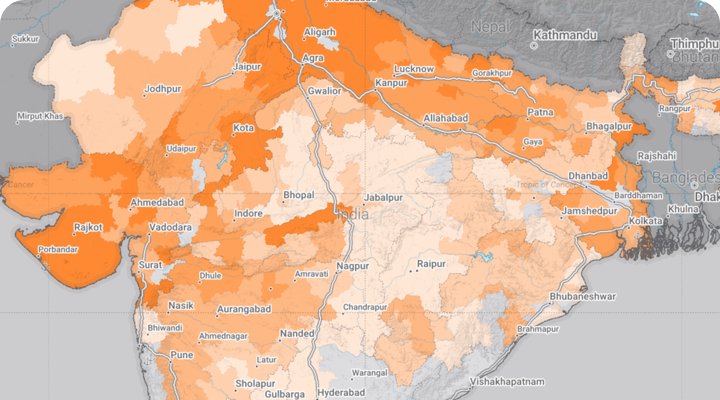