Gro’s Yield Forecast Models use a suite of machine-learning models to estimate in-season yields at the district, province, and/or national levels on a daily basis. Our Russia Winter Wheat model looks at factors such as potential evapotranspiration, precipitation, and maximum and minimum temperature data provided by GHCN, in order to track yields at province level. Given the global significance of the Black Sea region, Gro has also developed a Black Sea Yield Forecast Model that combines the output from Russia and Ukraine.

Wheat is one of the most actively traded crops on the global market. Russia has more than doubled its winter wheat output since 2015 and is now the world’s second-biggest wheat producer and its top exporter. Winter wheat, harvested in April/May, represents more than half of Russia’s wheat production. Much of the exported crop is shipped through the Black Sea to North Africa, the region with the greatest wheat demand.

Wheat produced in Russia also contributes to the dominance of the Black Sea region, which is the largest and lowest-cost exporter of wheat to the world. Black Sea futures and options contracts introduced in 2018 have been received positively and traded actively. As such, forecasting yield in the region is important for anyone involved in producing, trading, or using wheat around the world.

The Russia and Ukraine winter wheat models were trained on province-level yield data using  UKRSTAT and EMIS datasets. The Russia Winter Wheat Yield Forecast Model includes only provinces on the European side of the country that account for over 90% of the winter wheat production in Russia.

Unlike the US, where there is extensive documentation of what crops are planted on which plots of land, many other world regions lack detailed data on where different crops are grown. This information is needed to construct a crop distribution map, or land cover, in order for satellite data to estimate the crop’s health and size.

Therefore, to obtain acreage data of where wheat is grown, we used the timing of its planting and growth. Given that knowledge, we were able to use dated satellite data to identify where each crop is planted. In particular, for our Russia model, we used a combination of satellite image types. Satellite-derived radar data, which removed significant variation produced by cloud obstruction, was added for these models and used in conjunction with Landsat image data to construct the land covers.

Still, satellite-data-generated land covers are inherently less accurate than ground-truthed land covers, such as those in the US. As such, we also incorporated maximum and minimum temperature data, soil moisture, potential evapotranspiration and precipitation to the model. 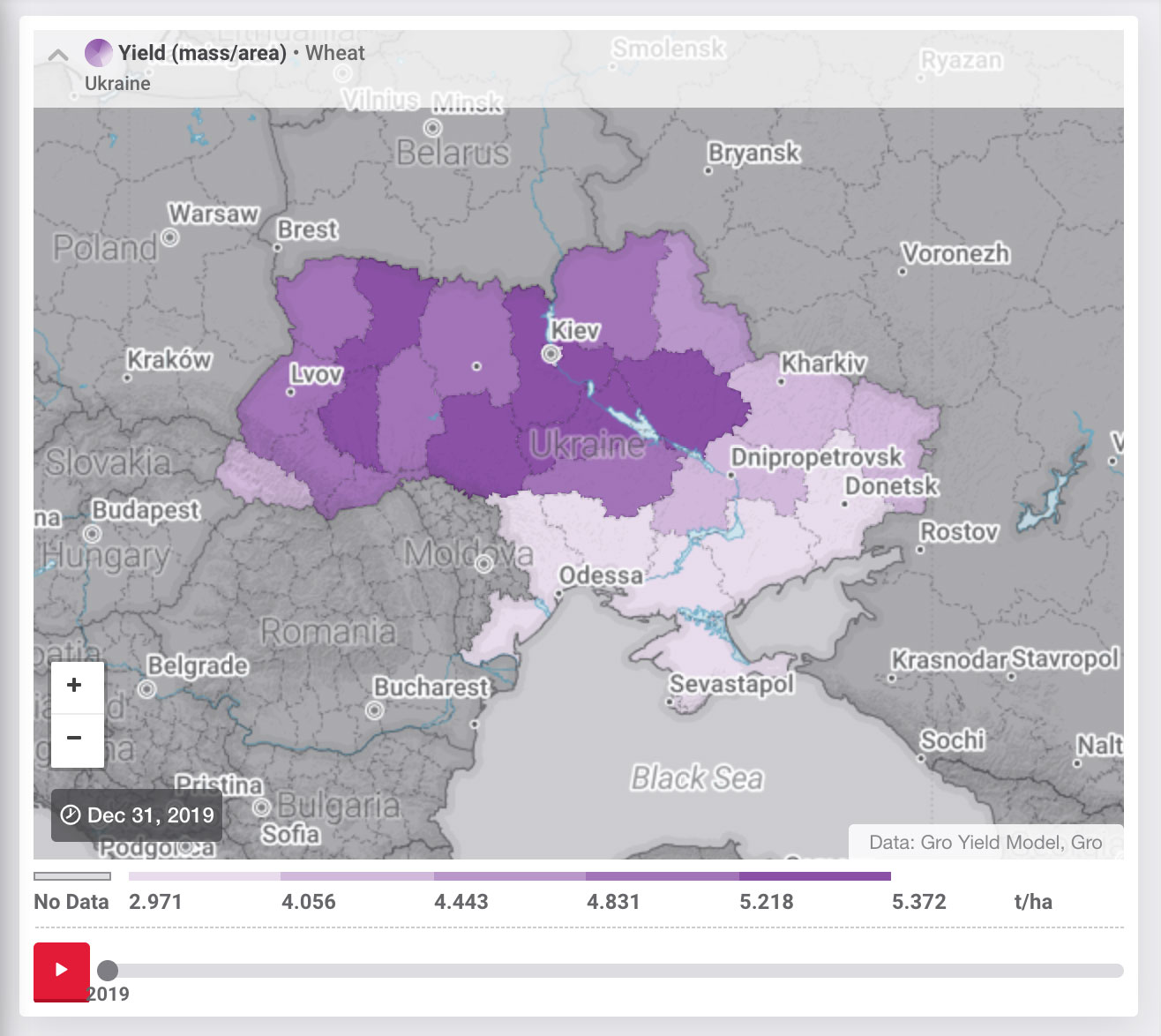 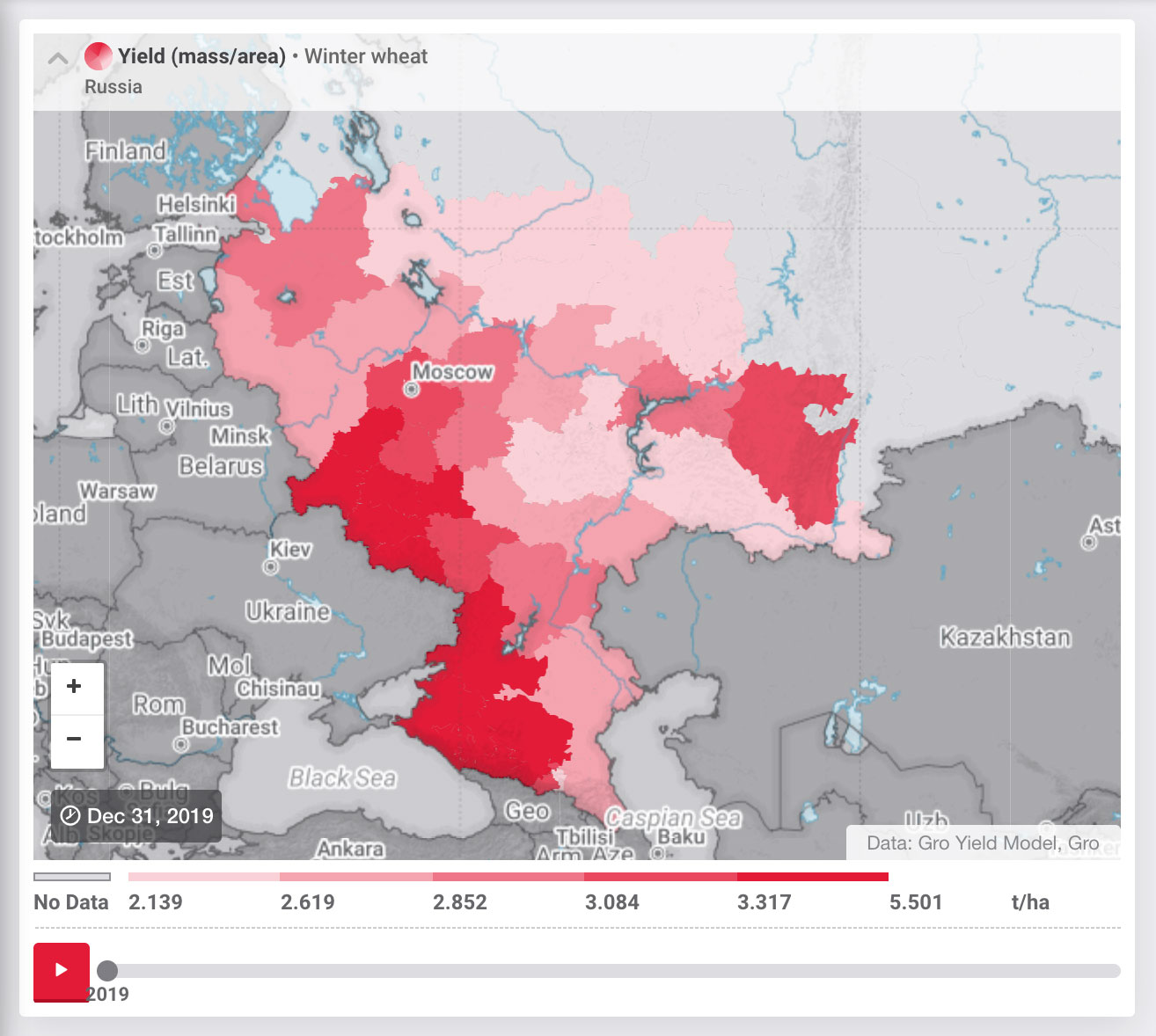