No single country dominates wheat production and exports. As a result, forecasting wheat prices requires paying attention to a host of variables around the world that can be tracked using data on the Gro platform.

Over the next few months, the dominant driver of wheat prices will be crop prospects in major producing countries. Northern hemisphere winter wheat is currently in its dormant stage, and will begin to emerge in March with warmer temperatures. Winter wheat makes up nearly all of the production in the EU and Ukraine and the majority of production in the US and Russia. India, meanwhile, will begin harvesting in the next few weeks what is forecast to be its fourth consecutive record crop.

Southern Hemisphere producers, mainly Australia and Argentina, just completed their wheat harvests. Australia’s crop suffered through a third consecutive drought and was the lowest production total in 12 years at 15.85 million tonnes according to ABARES. Argentina, on the other hand, produced its second largest crop on record at 18.8 million tonnes, according to Bolsa de Cereales. 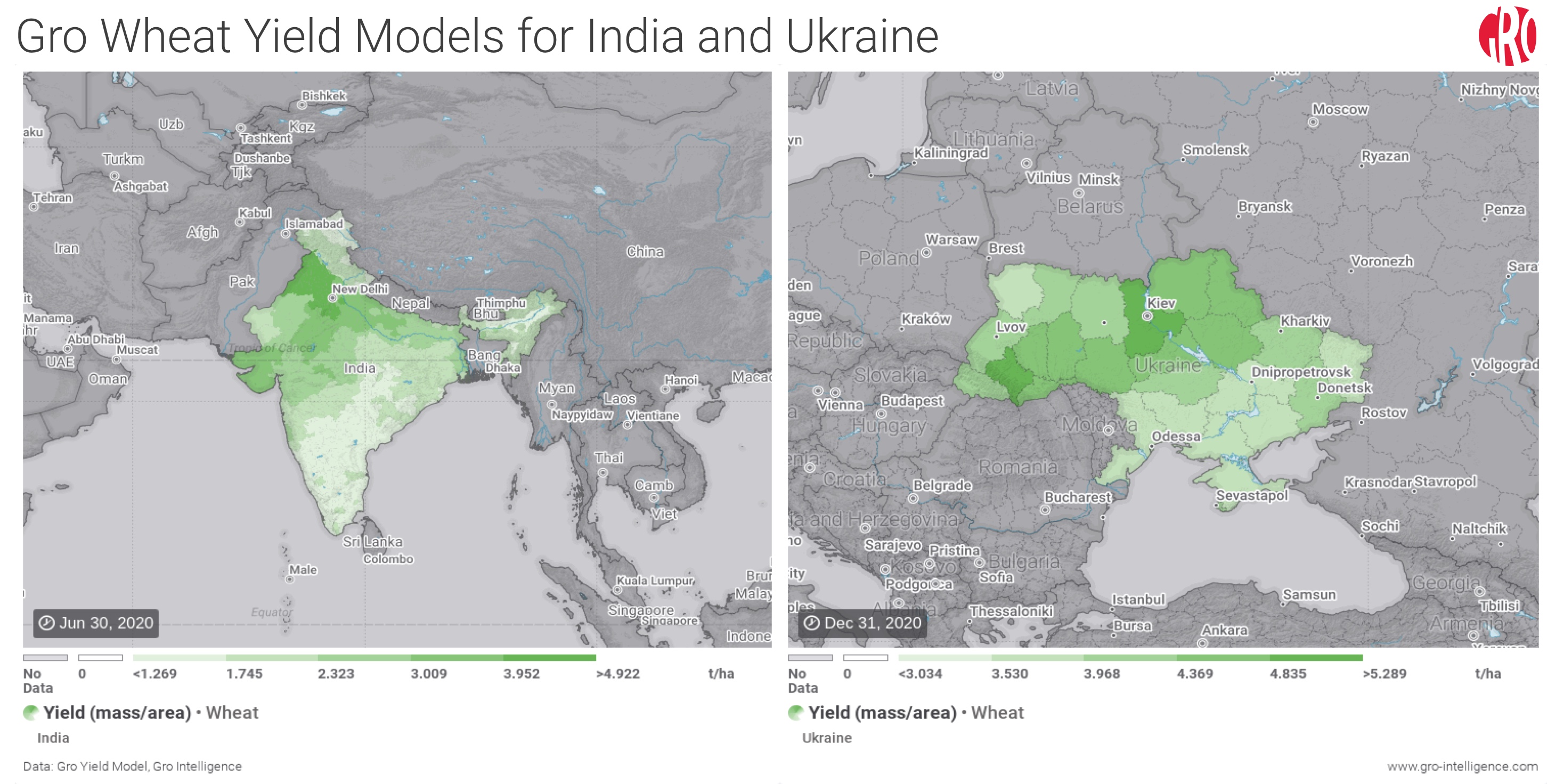 Gro’s wheat yield model for India (left map) provides district level predictions that are aggregated to the state and national level. The current yield forecast of 3.08 tonnes per hectare is a little below historical trend, but a significant increase in planted area is expected to lead to a record large crop. On the right, Gro’s yield forecast for Ukraine rose over the past week. The key weather period for the Black Sea region is still ahead when the crops emerge from dormancy. Province level granularity of Gro’s model can pinpoint areas of stress or health. Click on the image to interact with the yield model on the Gro web app.

The India crop is in its growth stage and the first advanced estimate from India’s Ministry of Agriculture projected a crop of 100.5 million metric tonnes. Gro’s yield model is currently forecasting 3.08 tonnes/hectare, which translates to 103 million tonnes of production based on the ministry’s record high acreage estimate of 33.435 million hectares. India is largely self sufficient in wheat. But consecutive large crops have ballooned stockpiles, and if India pushes some of that excess supply to the export market it can undercut world prices.

US HRW production is forecast to decrease from last year, on lower yields and a decline in acreage planted. For Ukraine’s crop, Gro’s yield model forecast has improved over the last month to 4.25 tonnes per hectare, close to its historical trend, despite hot and dry planting conditions that got the crop off to a difficult start. When the US and Black Sea winter wheat crops emerge from dormancy, weather in those regions will dominate wheat market news and will likely be the primary driver of price.

Daily updates from Gro’s yield models and 15-day temperature and rainfall forecasts from NOAA’s GFS are essential data sources for tracking progress of crops in several countries, and Gro users should start watching those data around early March. To monitor other important crop regions, such as Europe, NDVI, a key input to all of Gro’s yield models, can be used as a proxy for crop health. Gro web app users should select the metric “Vegetation indices difference from the 10-year mean (2001-2010)” to clearly visualize which areas are faring better or worse than the historical trend in crop health. Gro also recently added a daily NDVI data set, to complement the previously available 8- and 16-day NDVI, to provide earlier updates, which is especially helpful in sudden weather changes.

In a related Insight, we will discuss how wheat exports become a key driver of world prices once crops reach maturity, and how to use Gro data to track trade flows in different seasons. 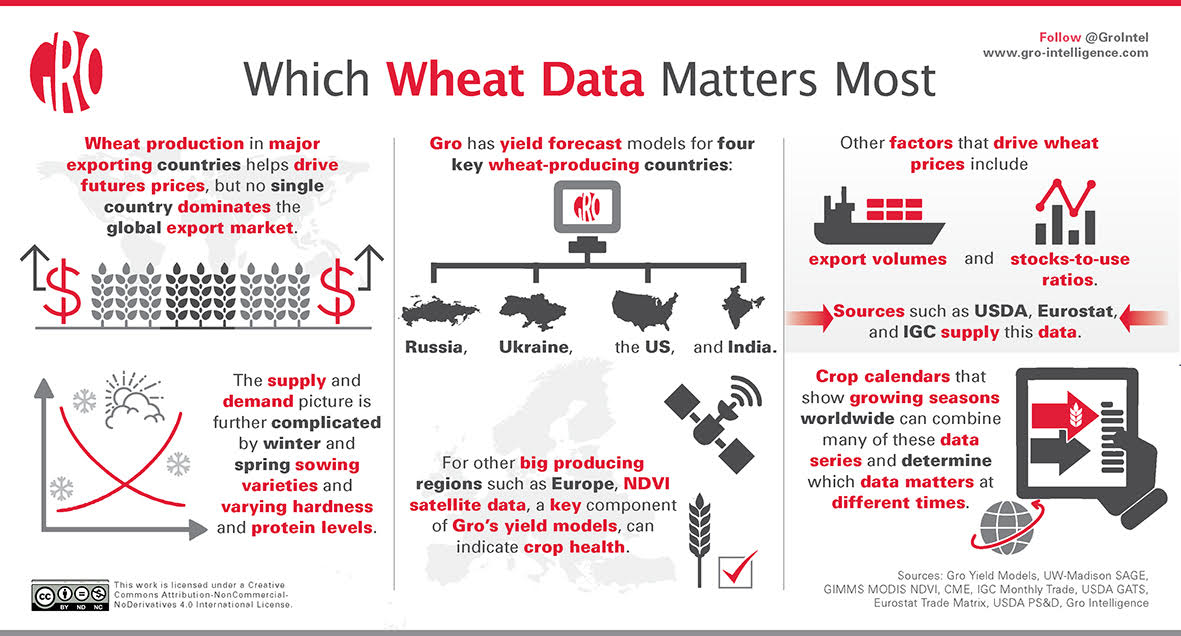