Monitoring Canada wheat production is paramount amid ongoing bilateral tensions between China and Australia, one of China’s top wheat suppliers. China’s wheat imports are forecast to climb 12% to 6 million tons in the 2020-21 season. Last season, France, Canada and Australia were the biggest suppliers to the country. 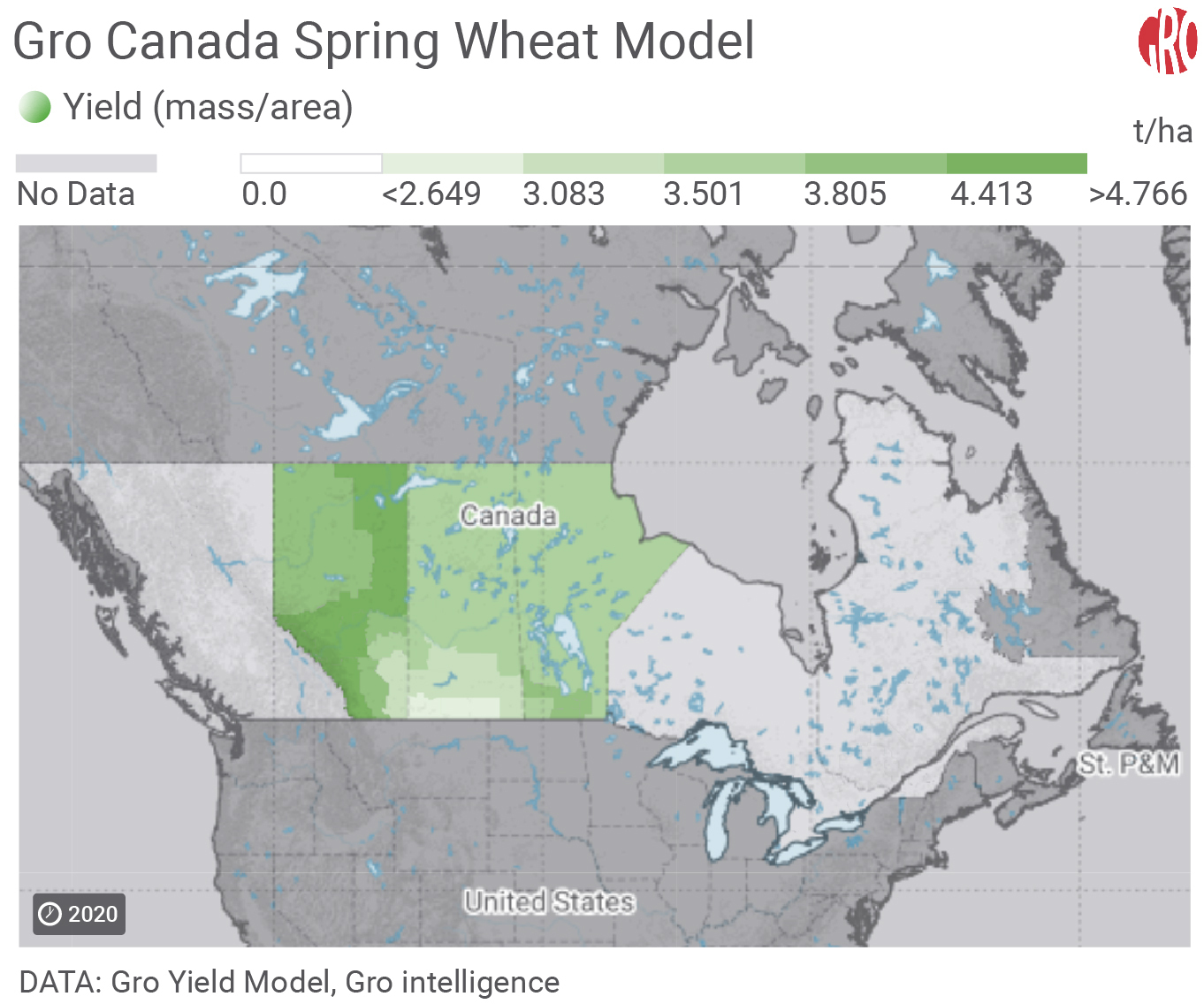 Gro’s model has proved to be more accurate than in-season yield estimates provided by StatCan, Canada’s national statistics office. Forecasts of final yield made on Sept. 1 for the final yield in December have a mean absolute percentage error (MAPE) of 4.1%.  By contrast, StatCan’s survey-based yield estimates in September have had an 8.6% error rate over a similar time period.

As with all of Gro’s yield models, our new Canada Spring Wheat model updates daily at the district level and offers in-season, near-real-time yield analysis.