Where Is China Getting Soybeans to Rebuild Its Hog Herd?

Brazil set a new record for soybean exports in May, a move that could prompt Chinese importers to look to the United States to fulfill more of their ongoing needs.

In addition, a recent strengthening of the Brazilian real against the US dollar has made US grain prices more competitive, which has already resulted in some flash sales to China.

With Brazil exporting a sizable amount of its exportable supply in just the first four months of the marketing year, Chinese importers could increasingly turn to the US for soybean purchases.

Typically, the US ramps up its soybean exports to China in the period from September to January, as new crop supplies are harvested. But given Brazil’s currency appreciation, that switch may happen earlier than normal. While it remains to be seen how US-China relations will evolve, China’s rebuilding of its hog herd will require large amounts of imported soybeans. 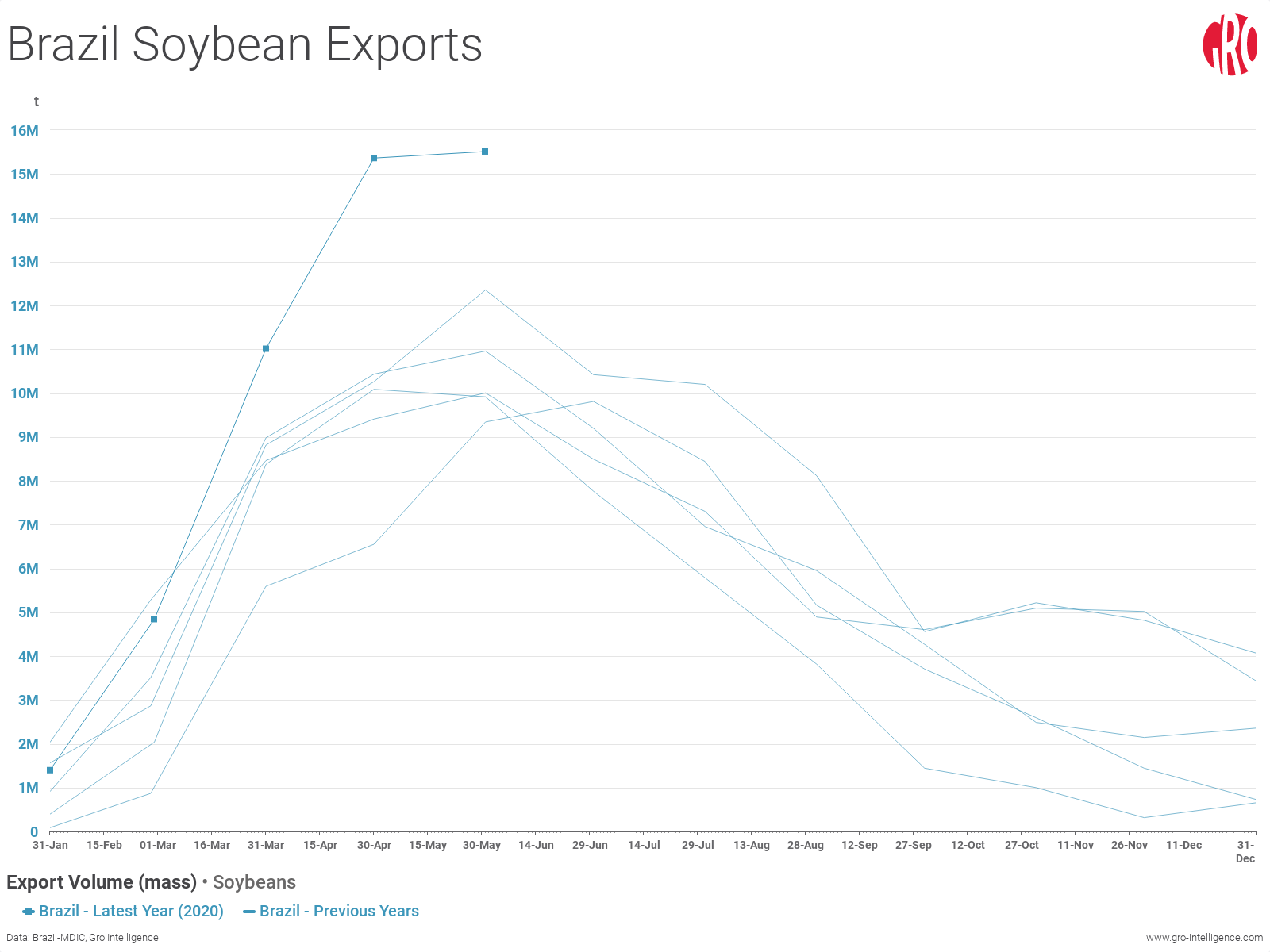 Brazil set a new record for soybean exports in May, most of that going to China. With so much of Brazil’s exportable supplies already shipped early in its marketing year, Chinese importers could increasingly turn to the US for soybean purchases. Click on the image to view a display of a range of soybean export data in the Gro web app.