Blockchain: Beyond Bitcoin to Agriculture

Blockchain: Beyond Bitcoin to Agriculture

Blockchain creates a secure and transparent ledger system that’s available to all parties within a supply chain including producers, retailers, logistics providers, and regulators. This shared ledger compiles a comprehensive record of each asset, all transactions in its history, and its current ownership. Each change to the ledger must be verified by all parties, which gives the process trustworthiness and transparency. Changes can be made manually or automatically by adhering to a set procedure that was unanimously pre-approved during the design of the technology.

Blockchain provides a more secure communication system that allows for faster and more transparent information sharing. Its main benefit may simply be moving transaction data away from the antiquated pencil-and-paper systems in use now.

Blockchain promises to improve traceability and transparency within agriculture value chains. The ability to quickly trace the origin of food products would be an invaluable tool during contamination incidents. With blockchains, regulators can quickly identify the source of the contaminant and determine the scope of affected products. A more timely response by food companies can prevent illness, limit food waste, and contain financial fallout.

A report by the Food Marketing Institute and Grocery Manufacturers Association found that an average food recall costs $10 million, exclusive of brand damage and lost potential sales. Other more high profile recalls have had costs as high as $1 billion, such as the peanut salmonella outbreak in 2009. While UPC codes provide some tracking capabilities, much of this information is recorded in siloed databases and undigitized archives. A tracking system that is more accessible and easier to query can be built with blockchain technology, driving down the time it takes organizations and authorities to identify food contamination origins.

More than a third of all food farmed is wasted, and food waste costs the food industry nearly one trillion dollars annually. Since blockchain transactions can be completed faster and are less likely to be disputed, spoilage along the supply chain can also be reduced. They can also help identify bottlenecks that are contributing to spoilage.

The additional transparency that blockchain models afford can also play a significant role in fighting food fraud. As consumer demand for organic, GMO-, and antibiotic-free food soars, the news is rife with cases of fraudulent labeling. The smallest transactions—whether at the farm, warehouse, or factory—can be monitored efficiently and communicated across the entire supply chain when paired with IoT (internet of things) technologies, such as sensors and RFID tags. Maersk, a shipping and logistics company, has intra-continent supply chains that involve dozens of personnel and hundreds of interactions. They estimate that blockchain could save them billions by improving efficiencies that reduce fraud and human error.

The benefits of openness extend to all honest market participants. Blockchain technologies can prevent price extortion and delayed payments while simultaneously eliminating middlemen and lowering transaction fees. This can lead to fairer pricing and even help small-holder farmers capture a larger part of their crop value.

Take small-holder coffee farmers in Kenya as an example. Coffee at the Kenyan exchange typically fetches a price around 15 times what farmers get paid—and then roasters pay even more. Blockchain can add pricing transparency betweens farmers and the marketplace. Grain millers are rarely accountable to farmers. They often report lower milling yields, so farmers fail to capture the true value of their crop. In other cases, transportation companies report higher losses and traders report lower grades and pricing than what was actually allocated at the exchange. Since each participant of the supply chain reports the same figure to both the sender and the receiver of the delivery, the true value of a farmer’s harvest can be easily verified.

Farmers all over the world, from West African cocoa planters to Indian sugarcane farmers, depend on buyers to honor contracts and pay in a timely manner. Buyers often enter price contracts with farmers before the season starts, but default when changing futures prices make the contract unprofitable. Then the poor farmers are left to scramble for another buyer. Even those lucky enough to find another contract may be forced to take a major price cut. Often the lag means that significant spoilage occurs among products, eroding the value of the sale even more.

One startup, Full Profile, is tackling these issues by enabling real-time transactions for farmers through “smart contracts” that run on blockchain. Because pre-approved logic can be built into a blockchain—as long as all parties have opted in—payments can be made immediately following the transfer of asset ownership. Full Profile has estimated that supply chain risk, inefficiencies, and insolvency cost the Australian grains industry $1 billion, a significant proportion of which can be recouped through blockchain solutions.

Even when contracts are honored, currency fluctuations can create unnecessary costs to all players in the supply chain. Russia has developed a cryptocurrency just for their beef market, in order to shelter both farmers and traders from this volatility. Blockchain technology is being used by banks to further mitigate risk through innovative insurance products which use satellite-collected weather data to verify farmer identities and claims.

Blockchain technologies may sound like a panacea for the diverse issues plaguing the food and agricultural sector. Yet critics argue that there are plenty of supply chain tracking solutions already in place, and that "blockchain is a solution looking for a problem."

There are also many adoption hurdles that dampen the touted benefits of blockchain solutions. All parties in a supply chain must adopt the technology, and all companies and organizations are not equally nimble. Full engagement across all participants is necessary for successful blockchain integration.

Widespread blockchain adoption requires access to a reliable internet connection. Beyond smallholder farmers in developing countries, broadband is not a viable option for many farmers living in rural areas. Approximately 10 percent of the total United States population does not have a high-speed internet connection. That number jumps to 39 percent in rural areas of the US. The lack of infrastructure required for digital transactions will need to be addressed before blockchain can be adopted by farmers.

Unnecessary delays can result from something as simple as an individual losing a private key. At worst, a compromised key threatens the security of the entire chain, especially if that key falls into the hands of hackers.

While blockchain is meant to prevent fraud, digital transactions can be just as vulnerable as paper ones if they’re made the target of hackers and not properly secured. The accepted “immutability” of blockchain information could actually make it easier for interlopers to change the trusted ledger to one party’s benefit (such as obscuring a failed pesticide test or adding a fake organic certification).

Security concerns may be the biggest hurdle for blockchain to overcome. Every transaction becomes data that is then stored. While blockchain is considered safe and “unhackable,” the same can’t be said for the systems developed around the technology. Security breaches in Bitcoin exchanges and, more recently, in Ethereum exchanges have led to hundreds of millions of dollars in losses.

Any device used in the blockchain is also a potential source of vulnerability. Weak passwords and a poor network structure can expose an entire business to hackers seeking a ransom or lost productivity. IoT botnets consisting of thousands of smart devices that were taken over due to faulty security have led to widespread internet outages. The adoption of new technology requires trust, which may be hard to come by with farmers skeptical of new technology that's been in the news and who don't have access to high-speed internet access.

Blockchain could transform agriculture, but that outcome is very much in the future. The technology will receive plenty of chances to succeed as food security becomes an alarming challenge in the face of climate change. However, there are plenty of pitfalls that could stop blockchain adoption in its tracks.

Differences in regulation may also prevent widespread adoption, particularly among international food and beverage companies. While smallholder farmers in developing countries might benefit the most from blockchain, they also may face the most difficulty adopting it. Spotty network connectivity, outdated technology, and knowledge gaps could all impede implementation of blockchain or at least require further innovation for success.

There’s also plenty of skepticism about many of the claims and benefits. Proponents of blockchain argue that it can quicken transaction times and trust between parties, since all parties need to sign-off on each immutable transaction.

Finding the right balance of flexibility within customized blockchain systems may therefore allow all parties to enjoy the benefits of this potentially powerful technology. 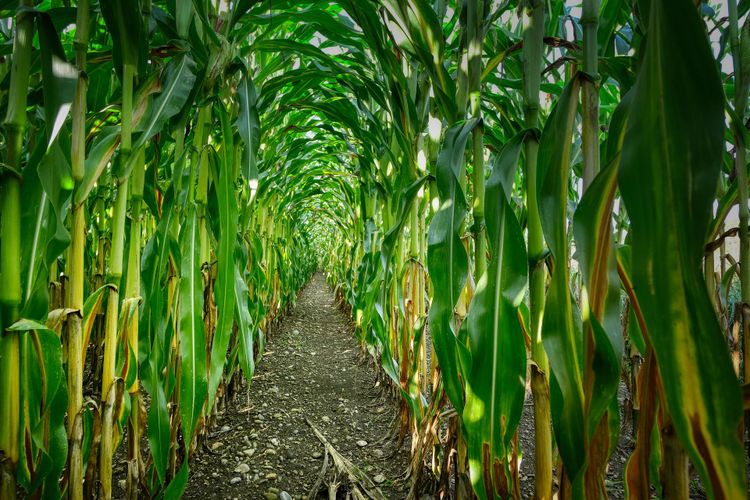 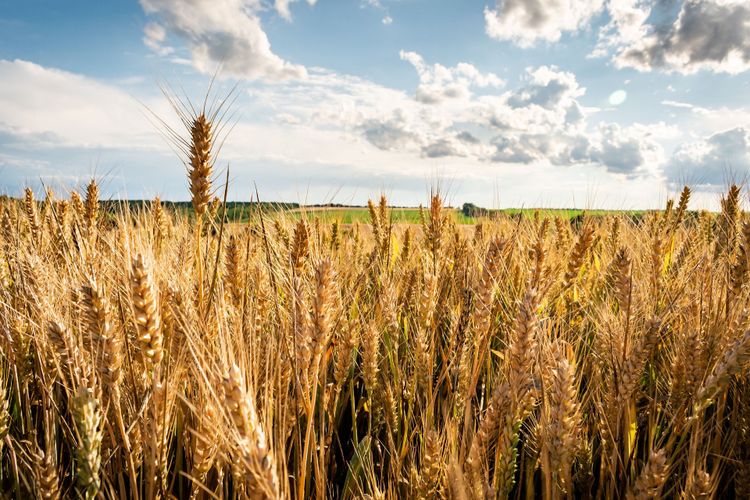 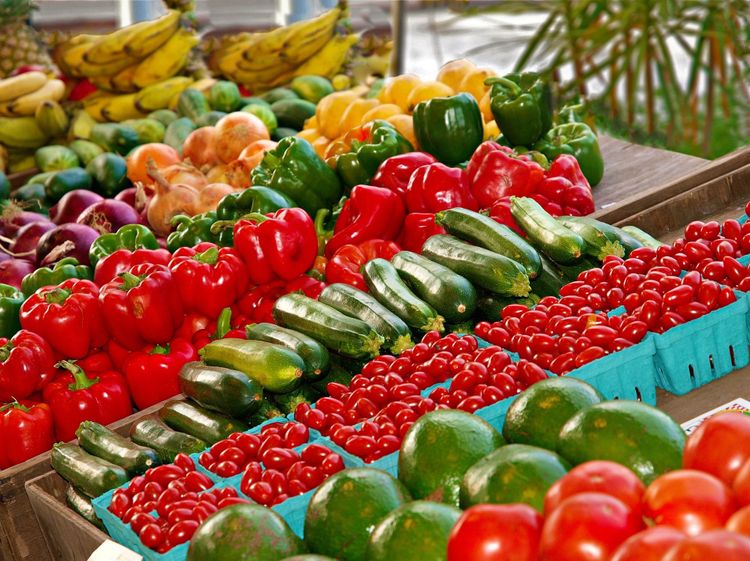