An aggregation of growing conditions for all of the EU’s sunflower-growing areas shows that the Gro vegetative health index, a key indicator of plant health, is at one of its lowest levels in more than two decades, according to Gro’s Climate Risk Navigator for Agriculture.

In addition, the Gro Drought Index, for acres planted to sunflowers, is at its highest reading in nearly 20 years, while soil moisture levels are the lowest in more than a decade.

View a Navigator display weighted for EU sunflower planted area here, or schedule a demo with our sales team here to learn how Climate Risk Navigator can be tailored to your organization’s needs.

EU countries traditionally relied on Ukraine to supply more than 40% of the bloc’s sunflower oil imports. An agreement to restart Ukrainian agricultural exports from the country’s war-blocked Black Sea ports was signed last Friday, which could help restore sunflower oil shipments to the EU. But questions about the export agreement’s implementation persist after Russia subsequently launched a missile attack on the port of Odessa.

Most sunflower seeds in the EU are crushed to make vegetable oil, which is mainly used in the food industry and for manufacturing biofuels. EU acreage planted to sunflowers was expanded by 1% this year, just shy of the 2013 record for area planted, to increase domestic production and partly offset Ukraine’s blocked exports.

In Romania, which produces nearly one-third of the EU sunflower crop, growing conditions are slightly more favorable, although soil moisture remains at a decade low, as can be seen in this Climate Risk Navigator display. Europe’s sunflower crop is harvested in September and October.

Sunflower oil accounts for about 10% of vegetable oils consumed worldwide. Edible oils, which are used by nearly all consumer packaged goods companies, are generally interchangeable, so a shortage of one type exerts price pressure on the others.

Globally, the outlook for US soybean oil supplies remains uncertain as hot and dry conditions bake the US Midwest. Palm oil represents a bright spot for procurement managers worldwide as Indonesia seeks to boost exports to reduce bloated domestic inventories. Another bright spot: Australia is expected to produce a second record crop of canola. 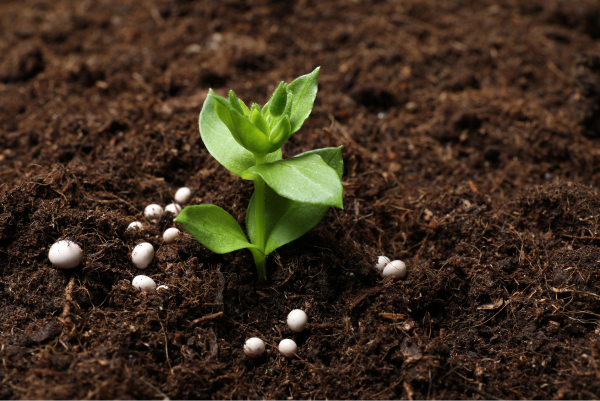 Blog
Gro’s Global Fertilizer Impact Monitor: What Does the Data Tell Us?