The Potentials of Ocean Farming: Can Seaweed and Kelp be the Next Kale?

The Potentials of Ocean Farming: Can Seaweed and Kelp be the Next Kale?

Oceans cover 70 percent of earth’s surface, and yet produce less than 2 percent of the world’s food supplies. That is not to say that they are underexploited. The World Wildlife Fund reports that 85 percent of the world’s fisheries have been pushed beyond their biological limits, to the point where many species of fish are being threatened with extinction. The great demand for fish and seafood exacerbates the pressures on land as well, by increasing competition for access to freshwater.

Growing seaweed, on the other hand, presents a way to use the ocean to generate food without significantly presenting additional environmental strains. Seaweed is a common name for many species of marine plants and macroalgae that grow in the oceans, lakes, and other water bodies. Seaweeds include microscopic phytoplanktons, which provide the base for most marine food chains; as well as giant kelp, which form sea forests at the bottom of the oceans.

It is not a totally novel idea to ask people to eat seaweed. Kelp, a species of large seaweed, has been eaten in East and Southeast Asia for centuries. It is known as Kombu in Japan and Haidai in China, where it can be found in various soups. Another, slightly smaller, species is turned into Nori, and used to wrap a sushi roll; that thin, dry seaweed can also be found in Welsh cuisine, in which it is boiled to accompany bread. Nori is now found in American grocery stores like Whole Foods, which sells it as “Roasted Seaweed Snacks.”

Seaweed is a nutritious plant, rich especially in minerals. Its protein levels are comparable to legumes, it has calcium levels that are comparable to broccoli, and is a rich source of iodine. It also contains various vitamins, especially vitamin A, vitamin C, and vitamin B12.

In addition for being directly eaten, seaweed is prized for its carrageenan. That is a substance refined from red seaweed, and used in the food industry for its gelling, thickening, and stabilizing properties. Due to their strong binding properties to proteins, carrageenans are found in desserts, beer, and toothpaste. Finally, seaweed is processed industrially to provide fertilizers as well as feed for livestock.

How seaweed is farmed

Seaweed is farmed in two ways: the off-bottom line method, in which it is grown in shallow parts of the seafloor, and the floating line method, in which it is grown from lines that are anchored in the sea. The most eaten species, Saccharina japonica and Undaria pinnatifida, are now cultivated in China, Japan, and Korea using the floating line method. This method is suitable for areas where the currents are weak or the ocean is too deep.

The off-bottom line method has a longer history. It starts with driving two wooden stakes about 5 to 10 meters apart into the bottom of the sea. A monofilament nylon or polypropylene rope is then stretched between the stakes. The line sits 20 to 30 centimeters above the sea bottom and the water needs to be deep enough to ensure that the seaweeds are not exposed during low tide. Small pieces of seaweed are tied to the line. Under proper growth and maintenance conditions, the seaweeds reach 10 times their original size after 6 to 8 weeks, through either method of farming.

Seaweed in general is not a demanding crop to farm; after planting, farmers can simply leave it in the sea to grow until it is ready for harvest. It requires no fertilizers, pesticides, or other agrochemicals. A great deal can be grown in a short time: annual yields average 19.4 metric tonnes of dry weight per hectare. By comparison, about 11 metric tonnes of maize can be harvested per hectare in the highly productive fields of the United States.

In most cases, the process of growing seaweed helps their nearby environment. They suck up nitrogen and phosphorus from the oceans, thereby reducing acidification and eutrophication of water bodies. They also capture carbon dioxide as they grow, which make them carbon-negative plants. By turning these chemicals into oxygen, they help to restore ocean dead spots. That’s not to say that seaweed cultivation can be entirely positive for the environment; they have the potential to reduce biodiversity, a challenge we discuss below.

The economics of seaweed production

The seaweed industry is worth an estimated $6 billion dollars, a fairly small figure in the overall context of the approximate $230 billion value of the global seafood industry. Still, it is quickly growing. Between 2003 and 2012, the industry has increased by 6.84 percent a year by value, and 8.14 percent by quantity produced. This growth comes from the the greater population in Asia, where seaweed is consumed directly, and from the increased demand for carrageenans in the use of processed food products. Before the advent of widescale seaweed farming, seaweed was foraged by coastal communities. Now, 35 countries have commercial harvesting operations.

The major producers of seaweed are China, Indonesia, Japan, and the Philippines. Although commercial farms can be found on every continent, 99 percent of seaweed is produced in Asia. In 2014, the top six exporters and importers of seaweed and other algae by value and share of total are shown in the following table.

Major importers and exporters of seaweed

There is one more benefit to seaweed that we have not yet considered: a social one that empowers women. In many countries where seaweed is farmed, women are the ones most involved in planting and harvesting, giving many the opportunity to join men in becoming breadwinners for their families. More generally, seaweed farming brings economic empowerment to coastal communities that suffer from unpredictable weather and declining fishing stocks.

Seaweed may be a nutritious crop that is friendly to the environment, but that is no guarantee that people currently unfamiliar with it will enjoy eating it. Consumption outside East Asia remains limited. Although it is increasingly available in innovative Western restaurants, it may take a long time before it is commonly found on menus and dinner plates. Greater cultivation of seaweed faces three production challenges, and as well a more significant one of demand.

First in production challenges, seaweed contains a highly variable level of iodine. A single gram of seaweed can contain between 16 and 2,984 micrograms of iodine. While the compound is vital for the proper functioning of thyroid glands, it is possible to go overboard. The US NIH recommends adults to take 150 micrograms of iodine a day; the tolerable upper intake level (ULs) is 1,100 micrograms. Studies have shown that excessive iodine intakes cause thyroiditis and thyroid papillary cancer. Because the commercial industry is still fairly young, farmers and processors haven’t quite managed to control iodine content in a consistent band.

Second, farmers experience occasional die-offs, in which whole kelp forests are extinguished at once in response to warming of the seas. For instance, a few seaweed farmers in Bagamoyo, Tanzania decided to give up seaweed farming altogether after they experienced die-offs. In addition, the sea warming caused by the 2012 El Niño resulted in a 55 percent drop in seaweed production in southern Philippines. Gro Intelligence spoke with Flower Msuya, a researcher at the University of Dar es Salaam, who described their risks: “Certain farmers have had to opt to farm less valuable species of seaweed because they’re less susceptible to die-offs. Alternatively, they’ve had to farm seaweed in deeper waters where conditions are more stable.” The industry has not yet found reliable ways to deal with these supply shocks.

Third, use of non-native seaweed species can lead to loss of biodiversity. Kappaphycus alvarezii introduced to Hawaii for aquaculture cultivation spread by vegetative propagation up to 6 km from the original site, overgrowing live coral in the process. This is highly damaging and lead to coral mortality by smothering, shading it from sunlight and by abrasion. Covering less than 1 percent of the ocean floor, coral reefs are home to 25 percentof all marine life, with over 4,000 species of fish alone. The cultivation of seaweed, if not executed with great care in the selection of site and species, could threaten coral reefs, which leads to losses of biodiversity.

Of course, the most significant barrier to greater seaweed cultivation is the lack of interest from consumers outside the farming areas. For whatever reason, diners have not yet developed a taste for it. Both chefs and scientists are trying to change that. GreenWave is a Connecticut-based organization that is trying to introduce seaweed to the American palate. And researchers at Oregon State University have developed a species of seaweed that is supposed to taste like bacon when cooked. The crops may also benefit from a slight rebranding, from “seaweed” to “seaplants” or more simply, “kelp.”

It could be years before their efforts change the food supply chain in a substantial way, and seaweed can use a marketing boost. Given its environmental friendliness, its nutrition, and how quickly it grows, seaweed may well deserve the term “superfood.” The production of crops like kale and quinoa have skyrocketed after they adopted that label.

What if seaweed was labeled a "superfood," as quinoa was?

Greater production of seaweed has the potential to deliver more food to a rising population in a sustainable way, but only if supply challenges are solved and demand increases as it wins the battle for acceptance by palates of diners across the globe. To increase production, it's also up to diners to adopt a new, exciting food in a larger proportion of their diets.

It is not just kale and quinoa; many common foods were at one point unpopular. Long before its current presence in upscale food lists, Lobster used to be fed only to prisoners. Potatoes used to be be fed only to livestock, then to the destitute, before becoming a near staple vegetable in most of the world. Perhaps the right marketers, grocers and hip restaurants will help us fall in love with seaweed after all.

Insight
Trying to Recapture the “Milk” Label from Plant-Based Alternatives 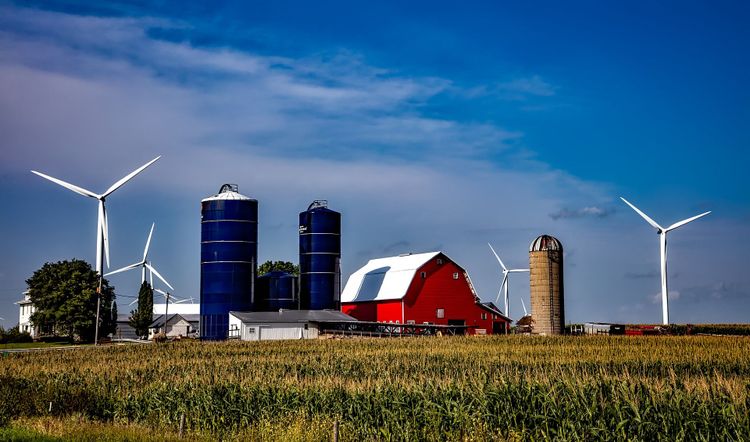 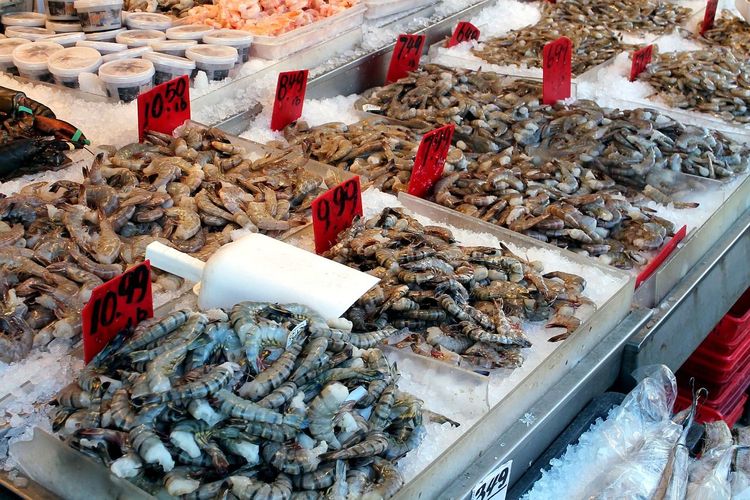