Increasingly wet conditions in South Africa’s corn-growing regions, brought on by a third consecutive year of La Niña, raise the risk of a smaller corn crop just as the country's planting season ramps up, and lower corn planted area could have consequences for importing nations in Asia and Africa.

Gro’s Food Security Tracker for Africa currently forecasts 2023/24 South Africa corn production will be down 3% from last year, although production will exceed the 10-year average. It’s still very early in the planting season, though, and forecasts can change in coming weeks.

Gro’s Food Security Tracker for Africa is a first-of-its-kind, interactive tool showing both real-time data and projections for the supply, demand, and price of major crops for 49 African countries. The Tracker, built with support from the Rockefeller Foundation, is freely available to the public and can be found here.

As the crop enters its critical pollination and grain-filling stages, Gro’s Climate Risk Navigator for Agriculture, weighted to South African corn, as shown in this display, can be followed to monitor key growing conditions. South Africa’s corn crop is harvested in April and May.

Because South Africa is Africa’s largest corn producer and one of the continent’s major grain producers and exporters, neighboring countries in southern Africa, including Zimbabwe, Botswana, and Mozambique, often rely upon its white corn to feed their people.

In years of poor South African corn production, southern Africa countries are forced to import corn, usually from Brazil and Argentina, an exceptional burden for African economies during periods when their currencies depreciate. 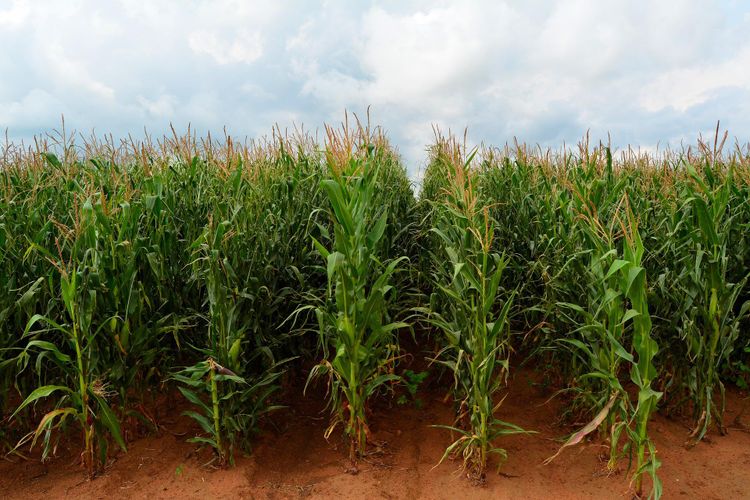