Drought conditions, brought on by a third consecutive La Niña, are raising the risk of lower corn production in Argentina, the world’s third-largest corn exporter. As La Niña has a 76% chance of sticking around through February and a 40% chance of lingering from February through April, the crop’s potential for improvement may be limited.

Currently, drought readings in Argentina’s main corn-growing provinces are at their third-highest level in nearly 20 years, as seen in this display from Gro’s Climate Risk Navigator for Agriculture. Accumulated precipitation was 41% below the 10-year average from August to mid-November for the country’s corn growing areas, as shown in this Navigator display.

More rainfall is especially needed in Cordoba, Buenos Aires, and Santa Fe, which together account for 75% of Argentina’s total corn production. Forecasts for the next 10 days, however, show very little rain and above-average temperatures in corn regions, as shown by this GFS display in Gro Navigator.

In 2021/22, similarly dry growing conditions slashed Argentina’s corn yields by 7.3% year over year, but a double-digit increase in area harvested boosted overall production slightly for the year. Argentina’s early corn, which usually accounts for about 40%-50% of total corn plantings, is planted in September-October and harvested in April and May. A late corn crop is sown in December-January and harvested in June or July.

Argentina’s corn plantings are currently running far below their normal pace. Some producers, facing the prospect of a third La Niña, might shift more of their planting to the second corn crop, or switch to soybeans, which are typically planted in the November-December period. 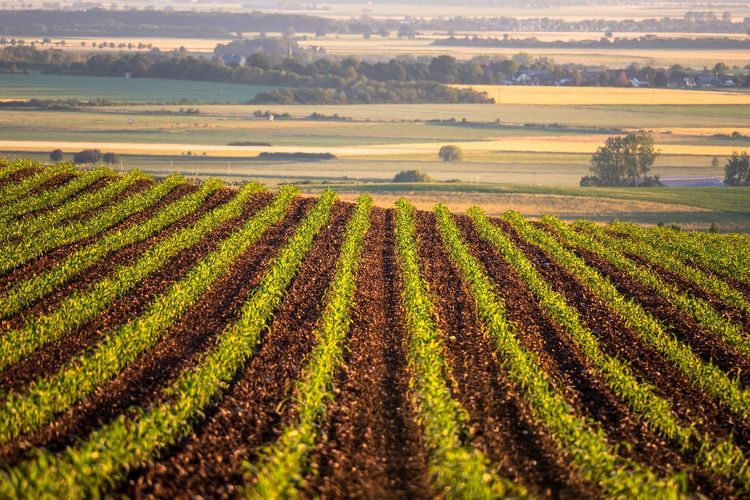