The Banana Industry: Threats on the Horizon

The Banana Industry: Threats on the Horizon

The banana market, like the market for many fruits, is concentrated, with little international trade. Asian producers account for over half of world production, with India alone representing over a quarter of global production. Together, India and China account for nearly 38 percent of world supply.  Rounding out the top-five producers are the Philippines, Brazil, and Ecuador, with 8.1 percent, 6.5 percent, and 5.7 percent of global production respectively. The top-five producers combined supply nearly 60 percent of the market.

As many of the larger producers of bananas are emerging economies, and as trade has proven difficult due to inadequate infrastructure, the domestic consumption market is robust and significant. Chemically, the banana is similar to potatoes and cassava in its nutritional composition (70 percent water, 27 percent carbohydrate, 1.2 percent protein and 0.3 percent fat).  And for roughly 70 million sub-Saharan Africans, for example, bananas have historically provided over 25 percent of the carbohydrate intake and 10 percent of overall calories.

In parts of sub-Saharan Africa, notably Nigeria and other parts of West Africa, the main banana harvest occurs during the dry months of December through February. Growing bananas provides subsistence farmers with a form of insurance as shortages of primary staples, including cassava and sorghum, can occur during these months.

The significance of bananas as a staple or near staple across many of the major producers has driven production to new heights. Over the past 50 years, banana production has increased more than four-fold, implying a compound annual growth rate of 3.1 percent. Supply growth has been slightly higher over the past decade, as production increased on average 3.4 percent each year from 2004 to 2013.

In addition to the highly concentrated supply among many producers, the fruit industry also tends to be domestically focused. To an extent, this is to be expected, as fruits are among the most sensitive and spoilage-prone commodities. About 85 percent of banana supply is consumed domestically, leaving about 20 million tonnes of the more than 105 million produced in 2013 available for trade, or roughly $10.2 billion in export value.

These internationally traded bananas have to be handled in highly specialized ways in order to minimize losses during shipment.

Bananas are harvested once in a mature-green stage, and must be shipped in refrigerated containers, known as “reefers” (one 40-foot reefer stores about 100,000 bananas).  If temperatures dip below 13°C for as little as two hours, “chilling injury” can occur, which consists of under-peel browning.  If temperatures exceed 14°C, the fruit may start to ripen.  And humidity, in addition to temperatures, can impact ripening speeds.  This complicated shipping process makes trade economically unviable for the vast majority of producers.

The disease that won’t die

In the 1950s and 1960s, the banana industry was ravished by Fusarium oxysporum, better known as Panama disease.  In the span of a few months, the Gros Michel cultivar of banana, which at the time was the most heavily produced and consumed type of banana, came dangerously close to extinction.  Panama disease, a soil pathogen, attacks the root system of infected plants, eventually taking control of their vascular systems.  Diseased banana plants will begin to wilt, turn yellow, and brown as they eventually die. Perhaps the most deadly aspect of this fungus is that since it is a soil pathogen, its spores can linger in previously affected soils for years, even decades. Following the initial outbreak in the 1950s, growers switched to an alternative cultivar, the Cavendish banana which had been developed at the start of the 20th century and could grow in the soils of Gros Michel plantations without falling prey to Panama disease.  Many, however, argued that Cavendish bananas tasted bland compared to their predecessors.

The monoculture of bananas for trade enables the largest retailers, Chiquita, Fresh del Monte, and Dole, ‘the Big-3’, to vertically integrate operations and easily standardize the product.  Still, the heavy reliance on the cultivar—up to 99 percent of exported bananas are of this variety—justly raises eyebrows, particularly as the recent resurgence of Panama disease has shown that a new strain of the Fusarium fungus has developed.

The new strain, known as Tropical Race 4 (TR4), has already destroyed over ten thousand hectares of Cavendish bananas.  A 2015 study by the journal PLOS Pathogens alarmingly notes that TR4 strains have spread beyond Southeast Asia to Africa, the Middle East, and Australia, and that researchers believe it is only a matter of time until Latin America sees its first case. If this does in fact occur, the banana market could be devastated.

Several factors, but perhaps none have shaped today’s banana trade environment more so than the influence of multinational corporations (MNCs) and international trade policy.

Chiquita, Fresh del Monte, and Dole have dominated the banana export market for decades:  in the 1980s, these three accounted for more than two-thirds of global banana exports.  In order to compete with substitute fruits in the target markets of North America and Europe, the three companies quickly developed vertically integrated operations across Latin America. This operational approach in banana trade is anything but innovative, as companies that have controlled the process from production to ripening and everything in between have dominated since the early 1900s.  Latin America’s close proximity to the United States, a massive market, along with the availability of sea and rail transport in the late 19th and early 20th centuries, made the region a conducive environment for vertical integration.

While Chiquita, Fresh del Monte, and Dole all enjoyed the fruits of their labor in the North American markets, Europe slipped into a two-decade long struggle. In the early 1990s, the European Union began offering preferential banana trade through tariff quotas, benefitting African, Caribbean, and Pacific producers (ACP). Over a span of 16 years, the Big-3, along with other growers and trade associations across South and Central America, accused the EU of breaking free trade rules. A 2009 pact stipulated a gradual decline in EU tariff quotas against non-ACP exporters from $200 per tonne to $120 per tonne within an eight-year timeframe, concluding in January 2017.  Latin American banana exports are thus becoming more competitive in the European market.

An equally interesting trend has been the decrease in market share held by the Big-3. A 2014 competition landscape from the United Nations Food and Agriculture Organization (FAO) suggests that the market share held by Chiquita, Fresh del Monte, and Dole has decreased substantially over the past three decades. In the 1980s, the Big-3 captured nearly two-thirds of global banana trade but that figure fell to just over one-third in 2013.  The market share of the top 5 players, including Fyffes and Noboa, fell from 72 percent in 2002 to 44 percent in 2013.

One explanation for this trend is that the true power in the banana industry has shifted to increasingly powerful retailers. In addition, some of the aforementioned companies have attempted to reduce real asset ownership, namely plantation ownership, opting instead for long-term contracts with medium and large-scale producers.  This represents a gradual weakening of the historically strong vertical integration which has allowed these players to remain dominant for so long, and it will be important to watch whether this trend continues in the near and medium-term.

We spoke to Jose Obregon, a former Chiquita employee and lifelong banana grower. Jose now owns Finca Tropical S.A., a producer and exporter of Honduran bananas. As a former employee of the Big-3, Mr. Obregon noted just how strategic the operations of Chiquita, Fresh del Monte, and Dole have been over the past century in Latin America. Each has invested tremendously in logistics in order to out-compete every other large exporter across both the supply and value chains. The three companies manage their own plantations, own the vast majority of purchase agreements with smaller producers, own shipping fleets solely designed for banana trade, understand ripening techniques, and know how to market bananas.

It is incredibly difficult to compete along any link of that chain since Chiquita, Fresh del Monte, and Dole enjoy economies of scale. For example, several large shipping companies have tried to compete and ship bananas out of Central and South America, yet these carriers often have much longer transit times, particularly to Europe, since they are also carrying other products bound for American ports.  A shipment to Europe would take the Big-3 as little as 10 days, and could take a larger shipper up to 20 days. Mr. Obregon also noted that the transit time comes precariously close to the Cavendish’s green lifespan of 25 days, and places pressure on the ripening and marketing processes.   An interesting exception is Ecuador, where a private company has been able to capture market share away from the Big-3 as a result of government support and the autonomy Ecuador enjoys from owning a shipping line.

Mr. Obregon also noted that the industry is keeping a very close eye on the TR4 fungus, and Latin American producers are taking every precaution possible to prevent the fungus from reaching their soils. He knew of one grower whose banana farm in Mozambique succumbed to TR4; when this grower relocated to Honduras, he was forced to give up his clothing at the airport, and his clothes were disposed of.

Mr. Obregon also noted that in 1984, the Honduran and US governments, alongside private companies, came together to fund the Fundación Hondureña de Investigación Agrícola (FHIA) with the intent that the organization would search for alternative cultivars that were resistant to the Fusarium fungus.  The organization was the first to share disease-resistant hybrids with farmers, yet has failed to produce a commercially viable alternative to Cavendish in the wake of the TR4 outbreak. Mr. Obregon noted that researchers have found alternative cultivars that are TR4 tolerant, yet producers and exporters alike do not believe that these varieties are commercially viable due to alterations in color, size, and taste.

In April, the International Banana Congress will convene for its sixth meeting in Miami, and producers and scientists will spend the first day collaborating to find solutions to the TR4 threat.  Though it is not clear when the industry will actually converge on a solution, one thing is for certain—people are worried.

The popular fruit upon which so many around the world depend has become as successful and accessible as it is today because of two key operational strategies: vertical integration and standardization. Yet, while these ideas have given us an abundance of bananas at competitive prices, they have created an industry that is dominated by a handful of corporations, which have failed to prioritize the importance of biodiversity.

As a result, we now find ourselves highly vulnerable to the possibility of an epidemic brought forth by TR4, an epidemic that could once again change the industry as we know it. 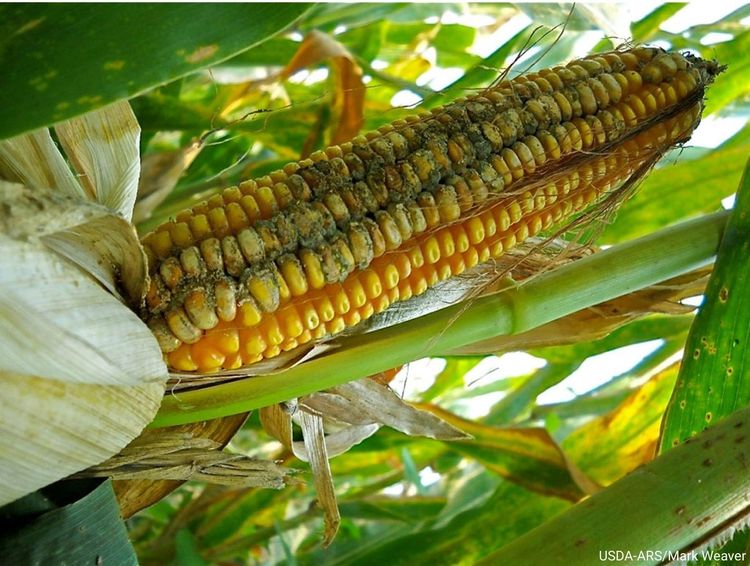 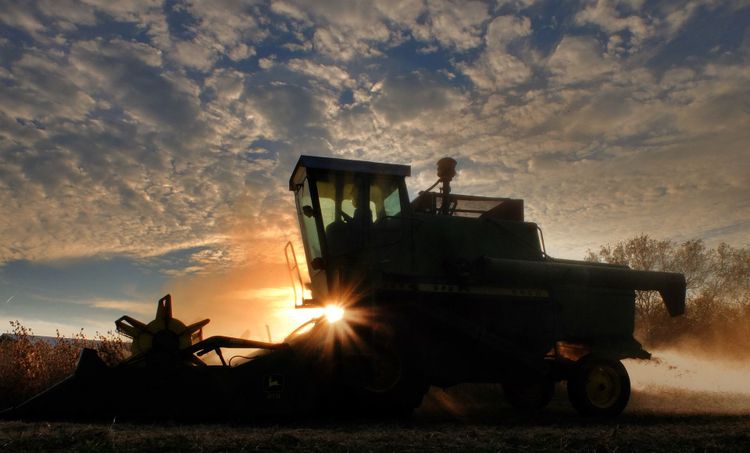 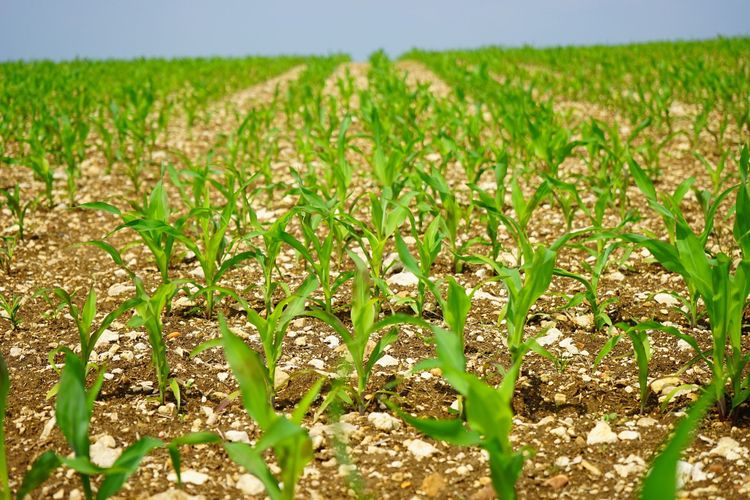 Insight
Bt-resistant Corn Rootworm Poses a New Threat
Insight
What We're Watching This Week - May 1, 2017
Get a demo of Gro
Talk to our enterprise sales team or walk through our platform
Request a demo