Well more than a year into the price pressure, US dairies are in the unenviable position of contending with a weak export market, a powerful and long-term trend in domestic consumption away from fluid milk and toward cheese and yogurt, and a gradual shift in domestic consumer preferences toward alternatives like almond and oat milk. The industry also faces an enduring shift in workers’ preferences away from the tough lifestyle of a dairyman. Meanwhile, the food and beverage sector has also been consolidating, limiting the number of outlets for dairies to sell to, which has constrained revenues. These causes of dairy margin compression are not expected to abate in the coming months, leading to further dairy consolidation. Considerably more dairies will likely succumb to these pressures before the market finds its bottom.

The upcoming United States Census of Agriculture for 2017, due to be released Thursday, will give an indication how dairy industry consolidation has fared in the past five years. The USDA report, which was due to be released in February but was delayed due to the US federal government shutdown, gives a snapshot of the agricultural sector every five years. For example, the census has shown that from 2002 to 2012 the number of dairy operations selling milk or related products fell 36% from 78,963 operations to 50,556 operations. The reduction of more than 28,000 dairies coincided with a 3% increase in domestic consumption of dairy products, on a milk-equivalent milk-fat basis, for the same period. Greater efficiencies, which are disproportionately captured by larger scale operations, allow for rising production and consumption even as the total number of operations falls.

The left chart below shows Americans are consuming more cheese and yogurt and less fluid milk (left axis) even as their consumption of total dairy products rises (purple line, right axis). The right chart below shows consolidation over the years has led to significantly fewer US dairy operations, which are producing more efficiently and driving up overall production. 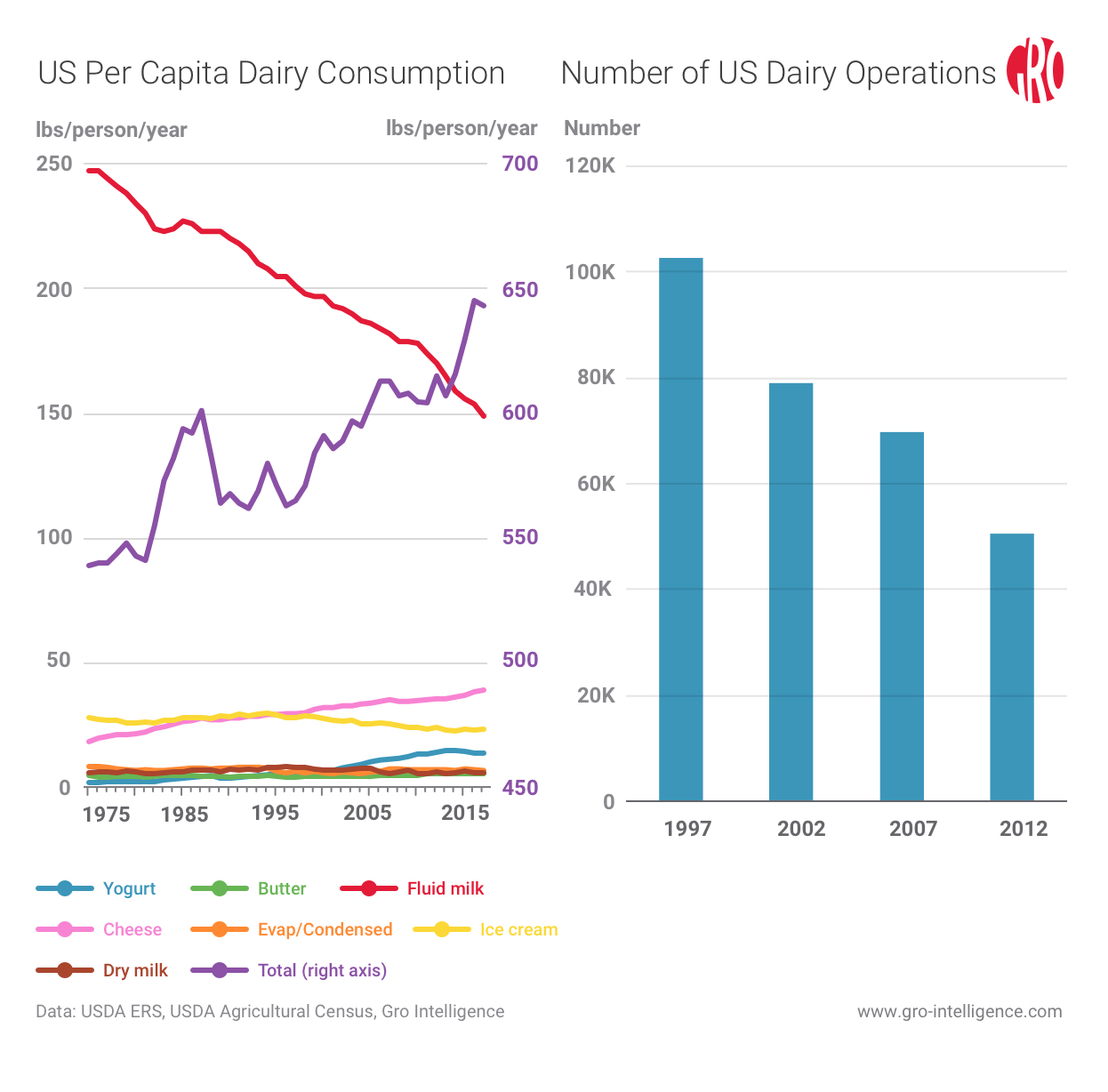 Insight
Rising Ethanol Demand Will Reduce US Corn Ending Stocks, Gro Expects
Get a demo of Gro
Talk to our enterprise sales team or walk through our platform
Request a demo