How China learned to stop worrying and love the free market

China and currency share a history that spans millennia. Both standardized coinage and banknotes were Chinese innovations dating to the Zhou and Song dynasties in approximately 1000 BCE and 1100 CE, respectively. Yet comparatively little monetary innovation has taken place in China since then.

The renminbi (RMB), literally translated as ‘the people’s currency’ but colloquially referred to as the yuan, was first issued on December 1, 1948 by the Chinese Communist Party’s People’s Bank of China (PBOC). About a year before the People’s Republic of China was established, the issuing of the currency was intended to shore up support for the fledgling communist government. As the Western world continued to open its borders and relax monetary controls over the following decades, communist China did the opposite and moved toward a Soviet-style planned economy.

Although the death of Chairman Mao Zedong ushered in an initial period of economic reform and liberalization in the late 1970s, the government still pegged exchange rates unreasonably high, creating a massive black market for foreign goods and severely limiting trade growth. China eventually pegged the RMB to the US dollar in 1994, which greatly devalued the currency and caused record levels of inflation in the short term. In the long term, it was a big step for the RMB towards a more translucent and reliable value. Officials first accepted capital inflows through foreign investment in stocks in 2002, and foreign direct investment (FDI) boomed shortly thereafter.

In the early years of the 21st century, China went a step further and dropped the RMB’s simple peg against the US dollar (although the peg was reintroduced for two years during the global financial crisis). China moved toward a floating currency by fixing exchange rates to a trade-weighted currency basket, albeit still dominated by the US dollar. By 2015, the renminbi was the world’s fifth most traded currency, and in 2016, it became the first emerging market reserve currency in the International Monetary Fund’s (IMF) special drawing rights basket.

Yet challenges remain. As of 2013, the renminbi is convertible on current accounts (trade flows) but not yet entirely on capital accounts (investment flows), among other issues.

US-Chinese trade: A boon to whom?

China’s economic liberalization has thus far been almost uniformly beneficial to the country. Especially since joining the WTO in 2001, China has quickly ascended to the upper echelon of global trade, rapidly spurring commerce with the world’s other largest economies. China is the United States’ third-largest trade partner overall, and the US imports more goods from China than any other country. Agriculture, however, is a different story entirely.

Low-cost labor and its increasingly sophisticated level of infrastructure have turned China into the world’s factory. Yet overpopulation, eroding soils, food safety scares, and shrinking amounts of arable land have all contributed to a country strongly dependent on agricultural imports. Almost 10 percent of Chinese imports originate in the US, a larger proportion of which are agricultural products.

The World Customs Organization’s aggregated harmonized system (HS) groups of vegetable products, foodstuffs, animal products, animal hides, textiles, wood products, and animal and vegetable byproducts, accounted for $27.3 billion, or over 20 percent of all US exports to China in 2016.

An entire industry has arisen in the US largely due to China’s demand for meat, spurring American crop commodity exports worth roughly $17 billion annually. Soybeans comprised 83 percent of US crop exports to China, representing one of the country’s five largest exports by value to any destination. Various other crops, which are also primarily used for feed, played supporting roles; China imported $1.26 billion of sorghum, $417 million of other forage crops, $208 million of wheat, and $56.2 million of corn from the US in 2016.

Even with its booming domestic livestock industry, Chinese consumer demand for animal products is such that American producers continue to sell them nearly $1.5 billion dollars’ worth of pig products alone per year. Whey, concentrated milk, and cheese alone make up $260 million or roughly 10 percent of all US animal product exports to China.

Meanwhile, the fish industry is a little more complicated, because the US exports whole fish but then re-imports the processed fillets. Although the US was a net importer of processed fish in 2016, China imported $645 million of non-fillet frozen fish.

Other major agricultural industries include foodstuffs, wood products, textiles, and animal & vegetable byproducts, of which China imported $2.63 billion, $2.52 billion, $1.28 billion, and $164 million from the US in 2016, respectively.

As for American consumers, lower or higher RMB values will surely spell price shifts for most processed food imports, many of which started as raw materials in the US. In 2016, the US imported $41.3 billion of textiles, $4.61 billion in wood products, $2.92 billion in foodstuffs, and $2.39 billion in animal products, all of which predominantly consisted of processed products. The primary exceptions are vegetables and fruits commonly grown in China, such as onions, tea, and pepper, for which the country still maintains a comparative advantage. Yet these industries are relatively small. In 2016, the US imported only $153 million of onions, $104 million of tea, and $86.8 million of pepper.

Many signs indicate China has been artificially suppressing the renminbi’s value since the mid-1990s. Between China’s trade surplus, large foreign reserves, and tendency to devalue their currency during periods of weak exports, the IMF estimated in July 2012 that the renminbi was undervalued by 5 to 10 percent. China has a strong voice on the IMF board and argues that the RMB exchange rate is fair. Less conservatively, US lawmakers have contested that the currency is undervalued by between 25 and 40 percent. Although the IMF now says that the RMB trades roughly in line with market fundamentals, market experts argue that this is less than clear and subject to change.

By President Trump’s logic, a floating RMB would rapidly increase in value. American consumers would face steep hikes in prices on the various processed products that they now regularly import from China. China’s export economy has become so dominant that Americans would have few other options until other developing countries ramped up their manufacturing infrastructure. Other Southeast Asian countries, particularly Vietnam, have had notable success capturing market share so far.

In regard to agriculture, China’s population and market is so large that an appreciation in the RMB could significantly lift global commodity prices. American farmers would see increased demand and revenue for their crops, while consumers will pay more for both domestically-produced staples and the few raw commodities imported from China such as onions, tea, and pepper. The only relief American consumers might receive is if this year’s ChemChina takeover of Syngenta quickly begins to bear fruit, or higher yields, and tempers China’s appetite for agricultural imports.

The US’s largest agricultural export, soybeans, provides an illuminating example for the Chinese side of the equation. Due to the surplus of empty shipping containers in US ports that need to find their way back to China, American farmers are incentivized to ship unprocessed and cumbersome soybeans directly across the Pacific. The combination of wealthier Chinese consumers and steeper prices for Chinese exports may create an opportunity for more soybean processors in the US. Therefore, instead of shipping low value-added, unprocessed soybeans, US farmers and processors may start to ship soybean oil, cake, and meal. The same could be true for the US forestry and fishery industries, which both largely export unprocessed products. Of course, this all depends on whether or not other developing countries can effectively mimic and capture China’s vacated market share.

But manipulating which way?

Yet recent events also suggest that the IMF is in fact correct and that the renminbi is less undervalued than previously thought. To suppress the price of its currency, China consumed vast amounts of US dollars in order to increase their demand, and thus value, relative to the renminbi.

Yet since devaluing the renminbi in August 2015, China has aggressively sold off roughly $1 trillion of its foreign exchange reserves in an apparent attempt to prevent a further decline in the currency’s value. China’s debt-fueled growth has concerned global markets, however, and some economists believe the government’s stabilization of the renminbi was meant to project confidence rather than risk economic uncertainty ahead of this year’s twice-a-decade communist party congress. Whether China will again attempt to lower the value of the renminbi following a successful congress is uncertain.

China has also indicated a simultaneous desire to ease capital controls. Given the amount of capital already spilling out of the country, especially into overseas real estate, loosened capital controls are likely to further decrease demand for Chinese currency. Outflows of capital will therefore make the renminbi less valuable. In fact, China experienced just this in September, 2017, when the government decided to scrap rules to limit capital flight. If China loosens capital controls further before floating their currency, the aforementioned trade flows will be stimulated in the opposite direction. Chinese officials will presumably take advantage of these countervailing effects to stabilize the RMB as the country continues to liberalize its economy.

China has stated and reiterated its intention to make the renminbi fully convertible for almost 20 years now, yet the PBOC routinely intervenes to increase or decrease its value depending on the political circumstances. Most analysts believe that they will, but no one knows when. Furthermore, the effects of a free-floating RMB remain unclear and will likely depend on timing more than any other factor. After all, China has made growth and stability their national priorities. Maybe the Trump Administration (and others) have correctly forecast a sharp increase in the exchange rate when the PBOC stops pegging it. But some believe that a removal of restrictions on currency flows would lead to capital flight that would partially or completely counteract any higher revaluation.

In either case, China’s critical role in global agricultural markets dictates that participants of all kinds must pay close attention to changes in supply, demand, trade flows, and inventories. Only by having a clear picture of the situation prior to a foreign-exchange upheaval can a player hope to be on the right side of events. Gro Intelligence maintains a wide array of timely and useful data, including China Agricultural Supply and Demand Estimates, trade data, USDA estimates, and aggregated and quantified satellite imagery. This information empowers observers to make a game plan to anticipate and deal with any eventuality. 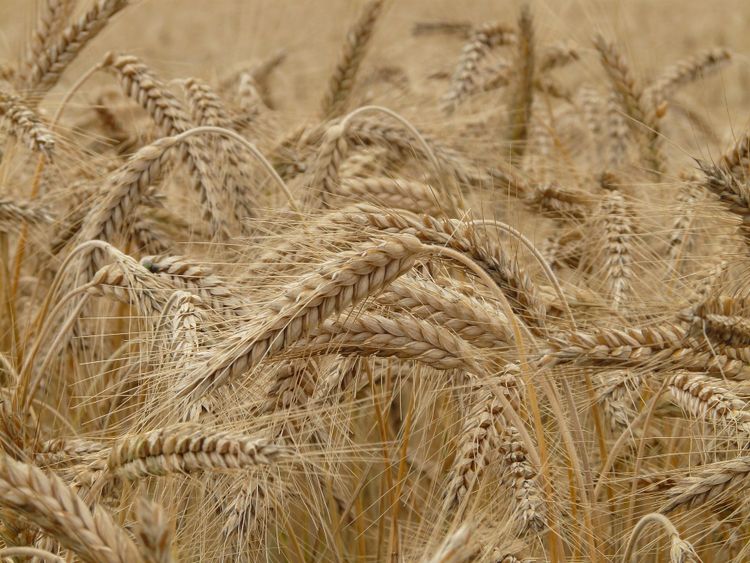 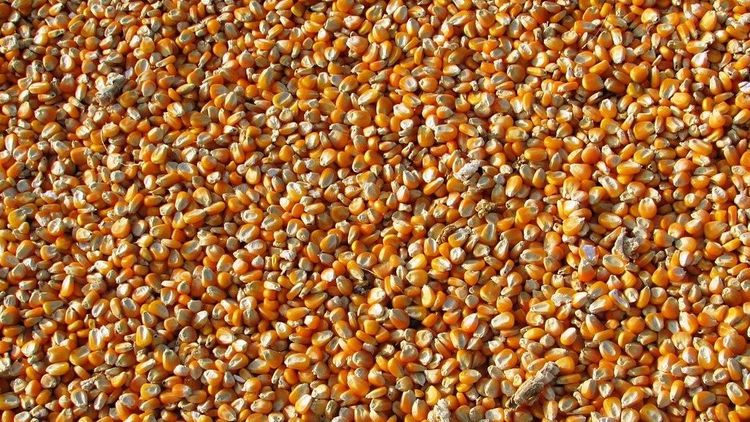 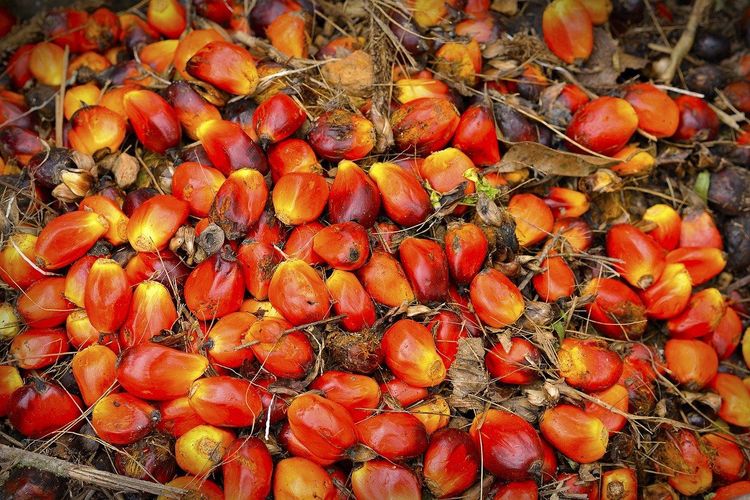