Gro’s Yield Forecast Models use a suite of machine-learning models to estimate in-season yields at the district, province, and/or national levels on a daily basis. Gro’s Brazil Soy Yield Forecast Model is updated daily, providing district-level estimates of yield in the main soy-producing areas, which are then aggregated to the state and national levels. The model’s yield predictions can be paired with Gro’s forecasts for soybean harvested area or official CONAB area data to estimate Brazil’s final soybean production numbers before state agencies collect farmer surveys and planting data. 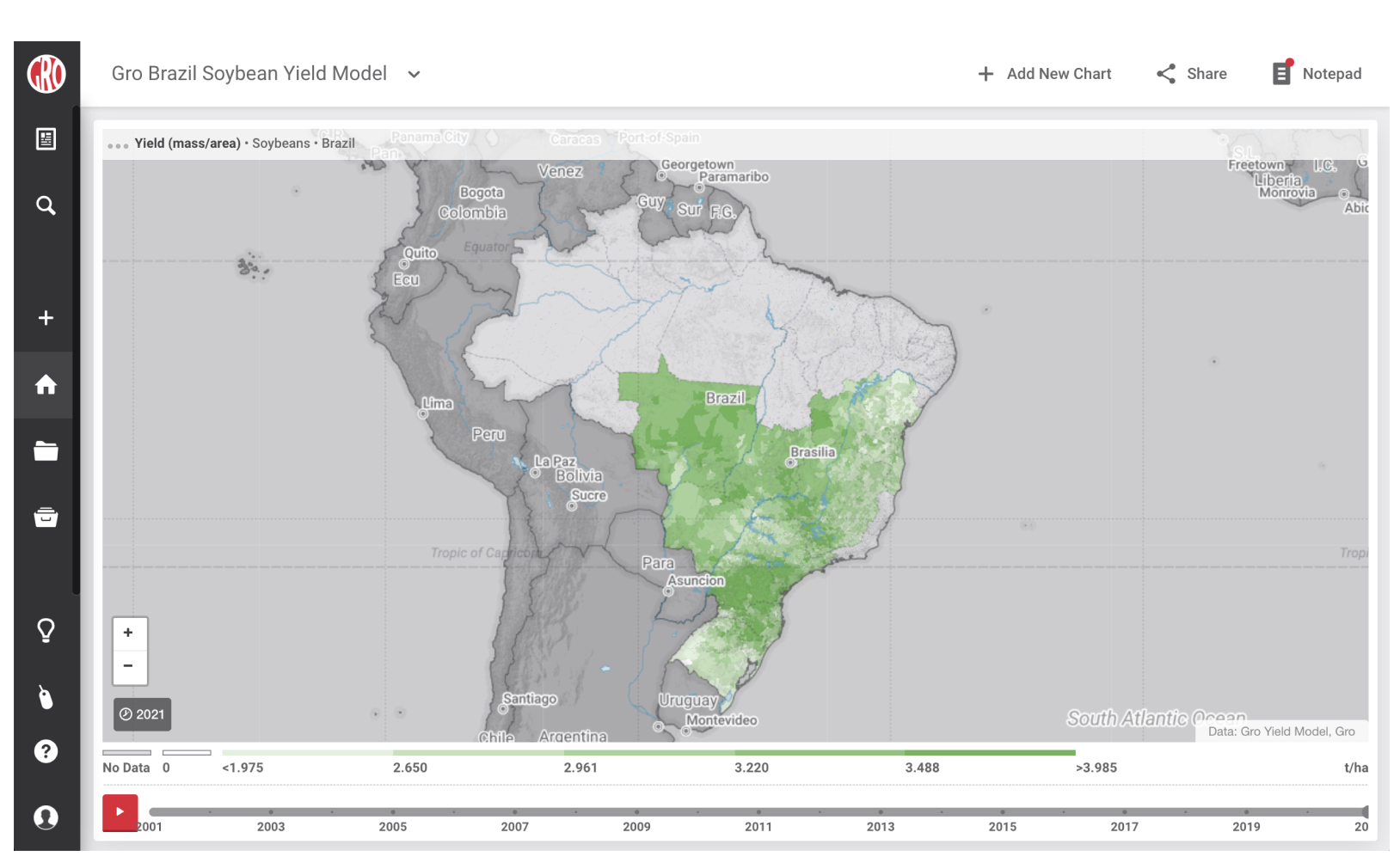 Brazil is the largest soybean producer and exporter in the world. The country’s soy yield has increased more than twentyfold in the past 14 years, enabling it to surpass the United States in 2018. Over the past several years, Brazil has increased market share of global soybean exports to 50%.

Brazil’s dominance in soybean production and exports  means its crop determines global supply availability and has substantial influence on US exports and planting decisions. Any decrease in tonnage from Brazil will likely have to be made up for by exports from the US, while a bumper crop in Brazil will compete with US exports and influence US planting decisions in the coming season. Tracking the progress of the Brazil crop is crucial for predicting global trade flows.

The fundamental concept behind the Brazil model is similar to our Argentina and US Soy Yield Forecast Models. Brazil’s soil and weather characteristics are similar to Argentina, allowing us to leverage our prior work. Significant expansion in Brazilian soybean acreage in recent years meant we had to model both acreage and yield to properly estimate the country’s total soy production. There are also significant differences in climate, soil condition, and technology adoption throughout Brazil, resulting in high spatial variation of crop yields. Gro’s Brazil Soy Yield Forecast Model uses the following variables: